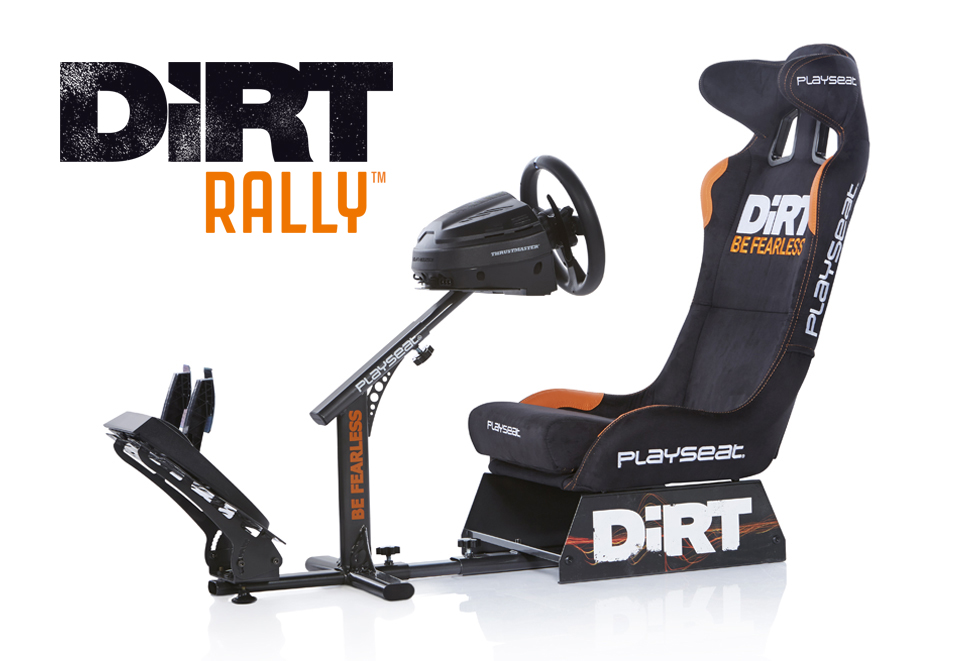 You’d struggle to find a more solitary pursuit than rallying. Often with no other cars on the track, taking to the road with the sole goal of posting the fastest time is an unashamedly lonely experience. It’s also one that, from Dirt Rally’s opening menu screens right through to the deep and dirty action itself, Codemasters has looked to replicate in a manner that hasn’t been attempted for a decade or so.

Dirt Rally is a racing sim that recalls an era long gone, before tutorials and hand holding. It’s curious that Codemasters has decided to attach its latest rally sim to the Dirt brand – a series that, along with its sister franchise GRID, was famed for allowing players to rewind time when they made a mistake, as well as decorating the action with something as close to a storyline as you’re ever likely to get in a racing sim. 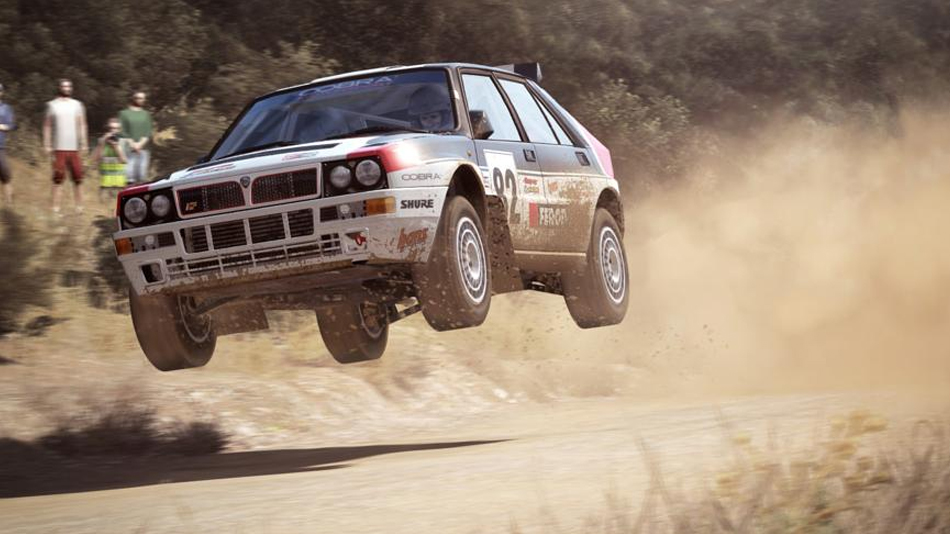 No such measures are taken within Dirt Rally. Within 20 minutes of picking up your first car, you’ll take to the track in the snowy slopes of Switzerland and the plains of Finland. Before long, you’ll be having a splash in the muddy fields of a damp and dreary Wales. DiRT Rally never lets you take a ride on a test track, or flash scores of instructions across the screen. You belt up, listen to your orders from your co-driver and go.

Rather than taking you directly to the game’s showroom to pick up your first car, Dirt Rally trusts you and lets you buy one at your own pace. It’s a small point, but one that sets the tone for everything that follows. On the track, Dirt Rally is a particularly unforgiving beast. Every bump, every puddle, every patch of ice has an impact on your vehicle. That’s especially true during your first championship, when you only have access to a batch of cars from the 1960s – cars which sometimes drive like an old tin bath with four pram wheels stuck to the bottom.

It was when attempting to scale the heights of the Swiss alps in the now 50-year-old Lancia Fulvia, wheezing as it does like a 40-a-day smoker, that Dirt Rally’s true intent became clear to me. This is not an arcade racer, or even a rally sim for the fans of the popular but comparatively simple Colin McRae. Dirt Rally is a genuine, blunt simulation of rallysport. If you think you’re going to get an easy ride in the first contest or two, you’re mistaken. You’ll be lucky to even finish. 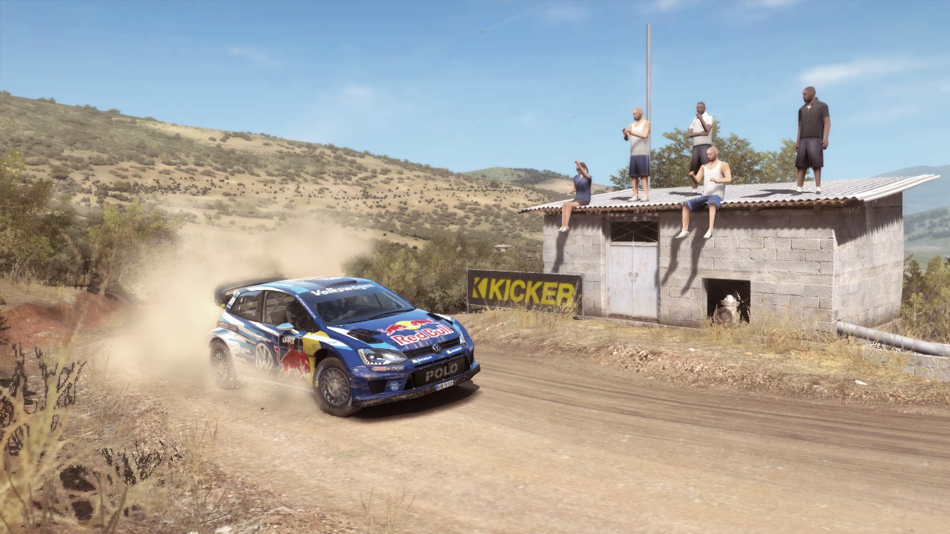 Fortunately, however, Dirt Rally gives you plenty of races to recover. Championships, which make up the main thread of play, are broken down into multiple events, which in standard rallies consist of four separate time trials. With no indication as to how you’re doing other than split times comparing you to the race leader, success in Dirt Rally is a case of keeping your car on the straight and narrow, pressing your foot down when you dare and listening to the ceaseless commands from your co-driver. Throughout play, he is your one consistent aid, although listening to his calls – which rarely leave room for breath – feels like cracking a code Alan Turing would be proud of. There’s no “easy left” or “hard right” here. Every bend is graded from one to six, with 90 degree turns or hairpins highlighted with particular caution. Crests, bumps, and hazards all tumble from your co-driver’s mouth like a foreign language. Visual aids stream across the screen at the same time, in an attempt to keep you up to speed.

At first, attempting to follow commands in any meaningful fashion seems like an impossible task, but it soon starts to feed into your subconscious. Focusing on the vanishing point and delicately snaking your way through its stages starts to become second nature. The variety of these stages is arguably Dirt Rally’s greatest strength. Speeding through the forests of Finland is a distinctly different thing to successfully scaling the icy heights of one of the game’s many mountain passes. Jumping from one event to the next constantly keeps you on your toes. With its narrow, perilous tracks, Dirt Rally never allows you to feel comfortable.

Crashing into a stray tree or clipping a stone wall not only slows you down, but also has an impact on your car. Tires burst, radiators overheat, and you can frequently find yourself hobbling over the finish line with a slack time simply because you’ve lost control of your car once in an otherwise clean and competitive race. Veering off track or recovering your car after flipping it will trigger a time penalty. A bigger concern is the ease with which you can write your car off altogether. Repairs can be carried out in between races, but major incidents in the middle of a challenge can be fatal, with restarts chipping away at the credit you pick up for completing an event. It’s perfectly fair, but devilishly unforgiving. 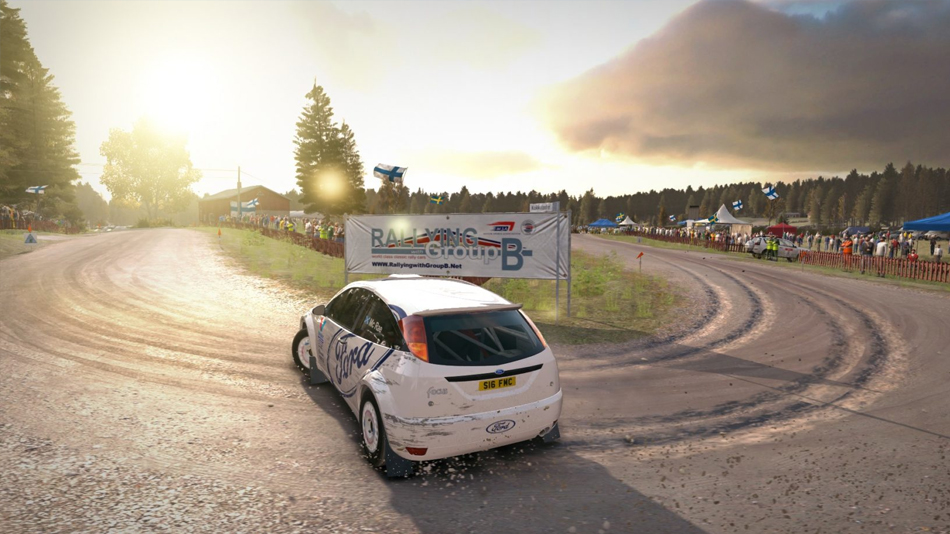 As an aside to the standard rallies, Codemasters has also spiced up play with hill climbs and official FIA World Rallycross Championship challenges – the latter enabling you to race other cars directly on the track. These rallycross events are split into qualifying heats, semi finals and a final encounter, with a ‘Joker lap’ – a trickier, longer stretch of track you have to deviate down at least once in a race – adding a smart tactical element to proceedings. The better you perform in these rallycross encounters, the more credit you pick up at the end.

It’s this credit that enables your progress. Success in Dirt Rally’s championship lets you to purchase new cars in additional classes (15 classes available in all, with 46 cars on offer in total) and upgrade your existing vehicles. Switching off all driving aids rewards you with additional credit at the end of each event, and you can also alter the sensitivity of your drive to suit your tastes, softening the suspension or switching the brake bias to fit your driving style. For dedicated players, fiddling with these settings is a time consuming but rewarding sideline which, once mastered, can shave vital seconds off your best time.

Dirt Rally seems designed to ensure that you get the most out of the cars you already own before taking the step up to more powerful beasts. As your ability increases, your engineers become better equipped to deal with each car the longer you drive it. In a game where success intentionally feels like a hard earned treat, the knowledge that sticking by the four wheels you own – rather than racing ahead to something more lethal – is a comforting one. 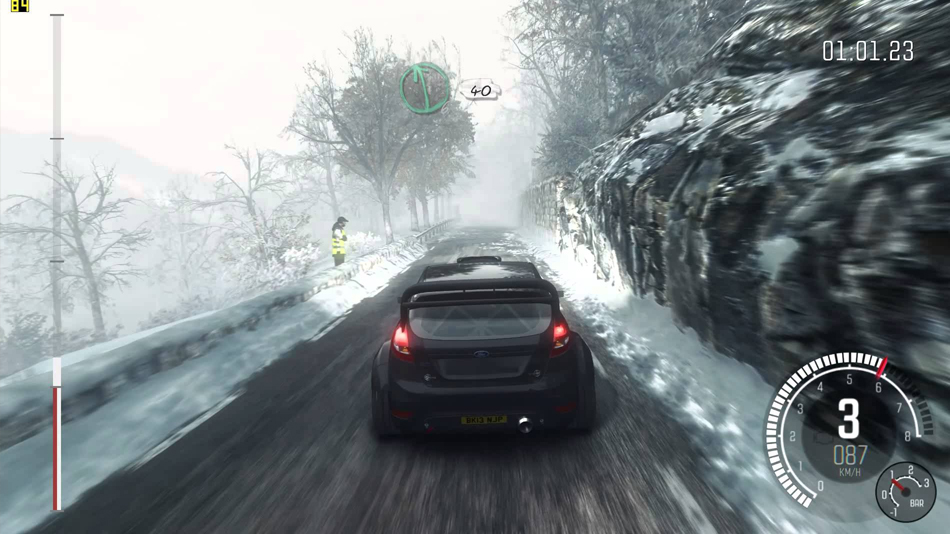 There are opportunities to drive Dirt Rally’s more advanced cars sooner rather than later, however. Online daily challenges enable you to race cars already in your collection, or those still locked away in the main game. They also contribute credit to the main pool, enabling you to keep progressing through championship after championship while breaking play up with a fresh challenge at the same time. It’s a balance that enables Dirt Rally to stay varied without diluting it with any short-term arcade thrills.

More than anything, it’s Codemasters’ decision to chase realism that will both entice and repel players. This is the rally sim that Richard Burns fans have been waiting the last ten years for, but Dirt Rally’s remorseless tracks, designed to punish the faintest of mistakes, will mean many quit before they’ve truly started. It’s hard to imagine Dirt Rally scaling the top of the charts for too long, if at all, but for dedicated rally fans this is as true an incarnation of the sport as you’re likely to encounter

An honest, often brutal celebration of rallying that will exhilarate racing fans but intimidate newcomers.

This game was reviewed on Xbox One by gamesradar.com 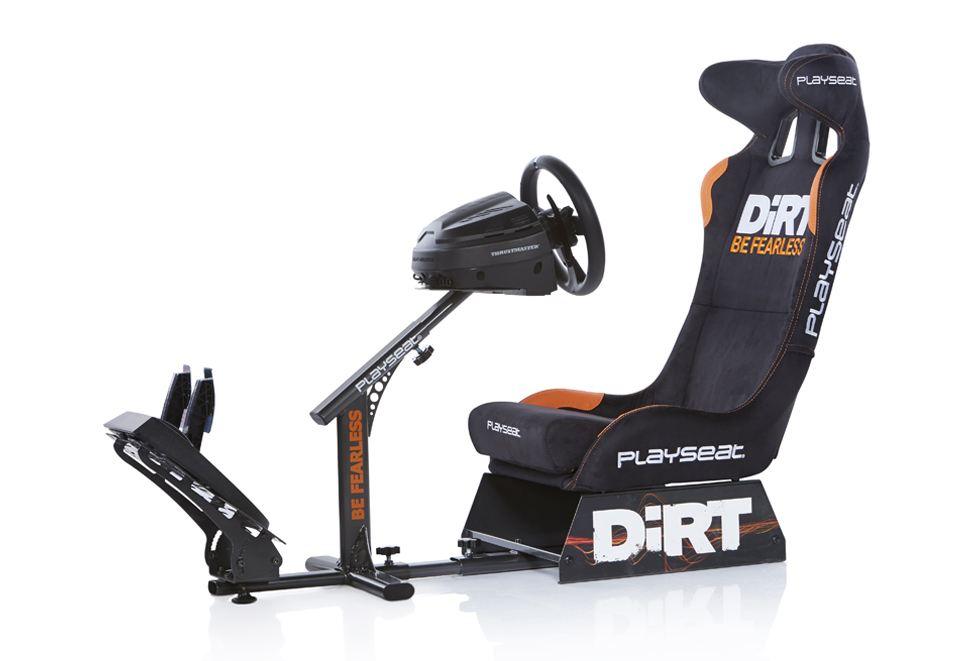